Before summer, small independent bottling company Svenska Eldvatten released the sixth rum in their Rum Swedes series - previous reviews here, here and here - and it's yet another rum from the legendary Caroni distillery which closed up shop in 2002. This single barrel (#1), was distilled in March 1999, bottled in February 2014 in 249 70 cl bottles at 61% abv.

Nose: Heavy on ripe tropical fruit, a pleasant sweetnees of vanilla mixed with pungent arrack and lingering spiciness from cinnamon and cloves. Mouth: Baking spices up front with a fair amount of heat, cinnamon and black pepper together with a soothing sweetness from molasses, vanilla and pungent tropical fruit. It's a bit rougher around the edges than the 1997 release, and also the fruitiness is somewhat more subdued. Long finish which reveals some oak and smoke with a hint of rubber.

I actually found the previous release, the Trinidad 1997, too fruity for a Mai Tai - well, at least if you're gonna stick to the usual proportions - but the flavour profile of this one made me think it would be more to my taste in the drink (30 ml Rum Swedes 1999, 30 ml Rhum Clément VSOP, 30 ml lime juice, 15 ml Pierre Ferrand Dry Curacao, 7,5 ml simple syrup, 7,5 ml orgeat - shake with ice, strain into a double Old Fashioned-glass filled with crushed ice, garnish with spent lime shell and a mint sprig) and I wasn't wrong. 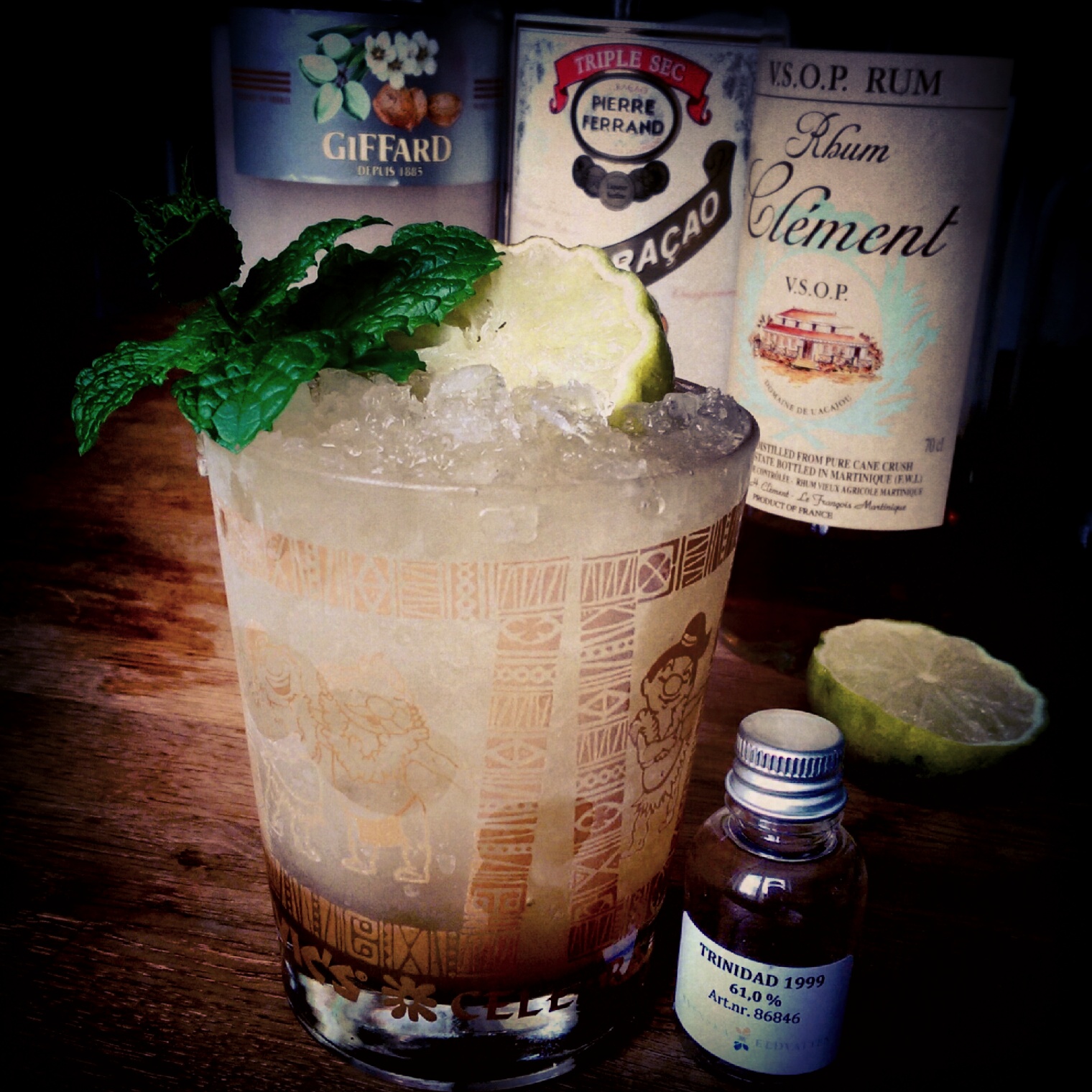 Trinidad 1999 is well balanced, not overly fruity and the 61% abv certainly helps to give the Mai Tai a nice spicy kick - very nice! So, if you have 975 SEK to spend on a great rum, head over to Systembolaget and order yourself a bottle now, because it probably won't be around much longer...