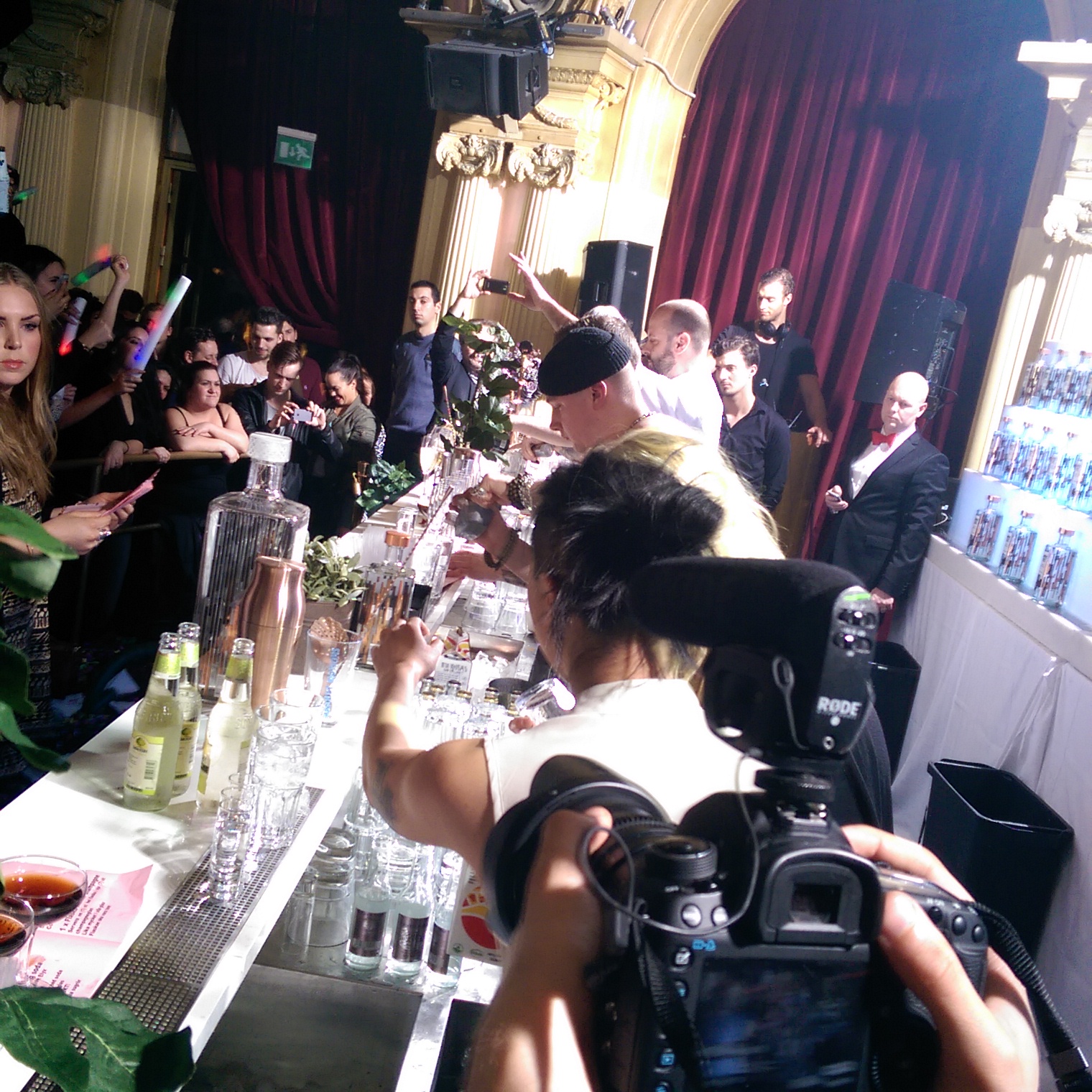 Cocktailkamp is a popular annual cocktail competition in Stockholm, Sweden, which will celebrate its tenth anniversary next year. This year, 42 bars from around the country have competed against each other in four qualifying rounds, and on April 13 it was time for the finals at Café Opera - with two representatives each from these fine establishments, fighting for fame and glory: Broms, Hotellet, Sjögräs, Reisen Bar, Marie Laveau, Grand Escalier, Svartengrens, Story Hotel, Nobis Gold Bar, Nosh & Chow and Sturebaren - all in Stockholm.

The competition was divided into a few different challenges, and first out was a knowledge test. Later on, the bartenders had to free pour 4, 5 and 6 cl into glasses as exactly as possible. The third challenge before the finals was to create and serve an
ABSOLUT Elyx signature cocktail to the jury who then judged its presentation, combination of aroma, taste and balance, as well as brand loyalty. The three bars with the highest combined scores would then compete again in the final round - the speed challenge.

There were lots of interesting cocktails being made, and around 1500 enthusiastic people had come to see the bartenders perform on stage which added to the great atmosphere, and hopefully also helped to improve the contestants' performances. The bar teams to reach the final challenge were Nobis Gold Bar, Nosh & Chow and Story Hotel.

Anyway, as with all competitions there can be only one winner - even though all teams felt like winners to me - and after a few hours of great fun and excitement the jury announced that the winners of Cocktailkamp 2014 were Måns Borg and Robbie Radovic from Nobis Gold Bar - congratulations, well done! Their winning ABSOLUT Elyx cocktail was a nice stirred drink with spoons of exotic fruits and herbs served on the side.

For your enjoyment, here are some more photos from the event - looking forward to next year!