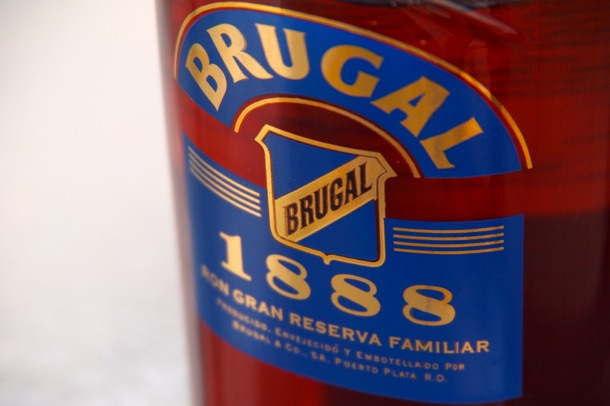 Brugal 1888 Ron Gran Reserva Familiar is a limited edition premium rum bottling created to celebrate the year Don Andres Brugal founded the company in the Dominican Republic, and it was released in Sweden in October 2013. The rum was first aged in American bourbon casks and then finished in European sherry casks, all in a specially designed storage facility under the guidance of "Master of Wood" George Espie. So far so good!

Nose: Lots of sweetness in the front yet quite light, and dried apricot and raisins comes to mind, as well as hints of baking spices, caramelized sugar and sherry as it fades out. Mouth: All expectations from the nose are fulfilled, with additional, surprising smokiness and a nice spicy kick from cinnamon and allspice, with a smooth and lingering, yet quite dry, finish. Very well balanced and somewhat similar to Ron Botran Solera 1893 (at least as far as I remember). Now let's move on to the cocktails. 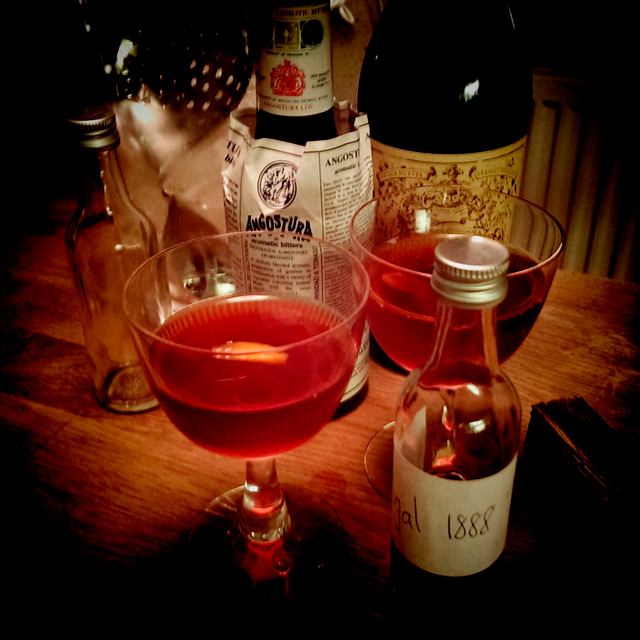 First I decided to try one of the suggested cocktails - the Spanish Harlem (50 ml Brugal 1888, 25 ml Carpano Antica Formula, 2 dashes Angostura Bitters - stir all ingredients with ice, approximately 30 seconds, and strain into a chilled cocktail glass, garnish with orange zest) which is basically a rum Manhattan, nonetheless quite tasty even though a more subtle vermouth probably would have been preferable in order to let the rum shine through properly.

And as always I need to try all aged rum in a Mai Tai (30 ml Brugal 1888, 30 ml Rhum Clément VSOP, 30 ml fresh lime juice, 15 ml Pierre Ferrand Dry Curacao, 7,5 ml simple syrup, 7,5 ml Giffard Orgeat - shake with ice cubes, strain into double Old Fashioned glass filles with crushed ice, garnish with spent lime shell and mint sprig) and while the flavour profile is not as funky as let's say Jamaican or Guyana rum, it's definitely aged enough to bring a pleasant depth to the drink and a fruitiness from the sherry which plays well with the citrus and almond - nice!

In conclusion, maybe it's not the first rum I'd choose for sipping or adding to a rum cocktail, but its complex, smoky and fruity character makes it intriguing enough to have in a well stocked spirits cabinet - and it's certainly worthy of the praise it has gained from rum connoisseurs all over the world. I'm impressed. 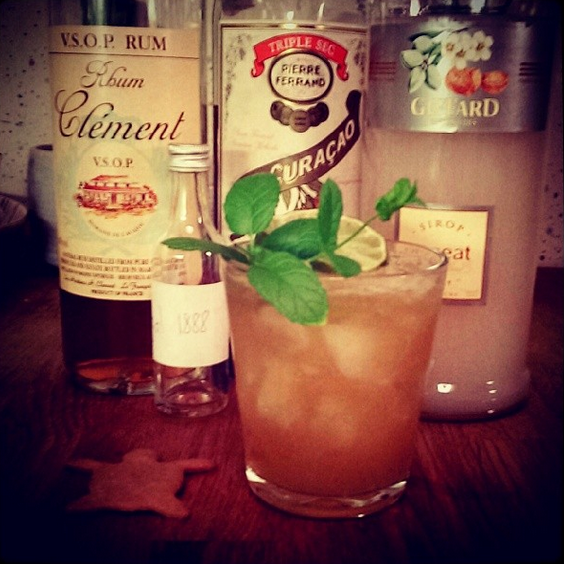