Mezcal has been very popular among bartenders for a while now, and even though many people associate both tequila and mezcal with a worm in the bottle as well as having lots of cheap shots and feeling awful the next day, some have actually realized that it's a very nice spirit indeed. Here in Stockholm, Sweden, it seems like it's mostly bartenders who have embraced the wonderful world of mezcal so far, as it's still quite difficult to find on any menus around the city.

I thought it would be interesting to know which brands can be bought from importers here in Sweden, and since I'm still waiting for some info, I'll give you what I've found out so far. Some are available on special order, others only to restaurants and bars - but that's when the private import service at Systembolaget comes in handy. As long as you know that a Swedish importer carry the brand, you can probably get it - but it might be very expensive. 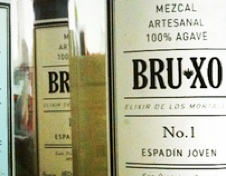 Imported by Renbjer & Magnusson, Bruxo is made in the heart of Oaxaca at the brothers Morales' small family distillery. They produce several different mezcal but only the espadin version is exported - a smoky and fruity joven mezcal with prominent notes of baked agave. At the moment, it's only sold to restaurants and bars, but will hopefully be introduced in the special order section of Systembolaget soon. 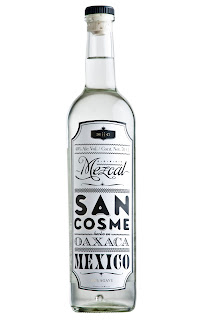 Produced especially for the European palate and market, San Cosme was launched at BarConvent Berlin in 2011. It's a joven espadin with  typical smoky agave and leather notes produced in Santiago Matatlán, Oaxaca, imported to Sweden by Barkonsult and at this point only sold to bars and restaurants.

A very special mezcal created by using a double distilled white mezcal, adding apples, plums, plantains, pineapples, almonds, rice - and a chicken breast - for the third distillation. The result is supposed to taste almost like scotch with a hint of chicken... sounds great! This very exclusive mezcal is imported to Sweden by Symposion and can be ordered from Systembolaget.